LWCC Board of Directors

Leading with the utmost integrity and ensuring that the LWCC mission is delivered to deserving children and their families are of paramount importance to our team. Our diverse and experienced Board of Directors provides ongoing counsel and oversight while ensuring that the organization always acts in the best interests of the community and children served. 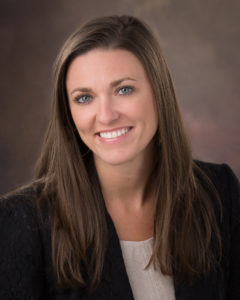 Jennifer Joye is the Executive Director of the Lake Wylie Children’s Charity (LWCC) and has been active with the charity since day one. Prior to LWCC, she was engaged in raising funds for the annual concert benefit under the legacy organization Justin Mychals Child Cancer Foundation, which began in 2003 to help a local family with a child with cancer.

Jennifer and board chair Haven Presley and board member Sid was instrumental in continuing the fight for children with life threatening illnesses and created LWCC in 2012.
As Executive Director, Jennifer is responsible for orchestrating events and activities, working alongside with volunteers, sponsors and the board of directors, to provide much needed funds to families in need. She also works with local hospitals and other avenues to identify children with life-threatening illnesses who might benefit from LWCC’s community contributions.

Jennifer is a licensed employee benefits representative with Watson Insurance, covering clients from North Carolina to Florida. Prior to Watson Insurance, she was in the restaurant business at T-Bones on the Lake and other Across the Bridge Inc. restaurants. She also has been active with the Charlotte and National Association of Health Underwriters, United Way, Red Cross and adopted a troop for USO.

Rob joined Watson Insurance Agency in 1986 and has since earned the Certified Insurance Counselor, CIC and the Accredited Adviser in Insurance, AAI designations. He has worked in the commercial property and casualty industry and has experience in working with middle market, self-funded, and large deductible accounts.

His agency developed “Scrap Metal Shield Insurance”’ a comprehensive insurance program tailored to meet the needs of metal recyclers. He has working knowledge of the industry and structure of the insurance program for this segment of business. Rob’s client base of metal recycling business ranges from small feeder yards to complex, multiple location shredder yards. Rob’s firm currently insures over 100 recycling companies.

Rob, his wife and two daughters live on Lake Wylie, S.C. An active boater and skier, he has lived in Lake Wylie since the mid-90s.

Kim Hill has served on the LWCC Director of Directors since 2012. As a member of the board, she is responsible for helping orchestrate marketing, communications, and public relations for the organization. She is an active member of her church’s children’s programs and is a past board member of A Child’s Place in Charlotte, and served as a marketing advisor to the Evansville, Ind., and Charlotte N.C. YMCAs.

Kim is a 20+ year marketing and communications veteran who currently is a Change Management Leader at North Highland Consulting – a company that is dedicated to giving back to the community – where she supports organizations such as Junior Achievement and the American Heart Association. Prior to consulting, she was a marketing/public relations vice president for a national advertising firm and has experience as a department director for several organizations. She also was a public relations adjunct professor at the University of Southern Indiana, and owned her own Consulting firm for several years.

She has received numerous communications and marketing accolades, and has been a speaker and panel member at numerous regional and national conferences. Kim, earned her degree in Communications from Appalachian State University. She and her husband David and their dog Chico, live on Lake Wylie in Belmont, NC. 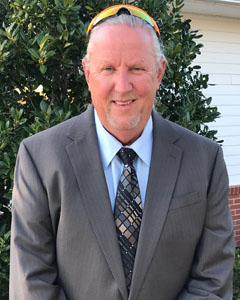 Blake Russell Hill and everyone who knows him call him Rusty. He has worked with LWCC for 5 years on many of their fund raisers and now serves on its board. Rusty has organized and planned Poker Runs to help raise money for the children and their families through LWCC as well as one of the sponsors for the annual Golf Tournament. Mr. Hill has been instrumental in the requesting and retrieving of donated gifts for the LWCC Auction.

Rusty Hill is currently the Vice President and owner of All Points Trucking, Inc. from 1984 to the present. Mr. Hill is over day to day operations of the business. He grew up in Mint Hill NC and has lived in Lake Wylie for 30 years. His wife is Jennine Hill and she too is very active in the LWCC. They have a sweet dog named Neville who goes with them everywhere. They have two children and four grandchildren.

Their support for the LWCC has been important to them and they have worked with the board to help make all of the events successful with pride. Rusty is proud to be a part of what this charity does for the local children and their families.