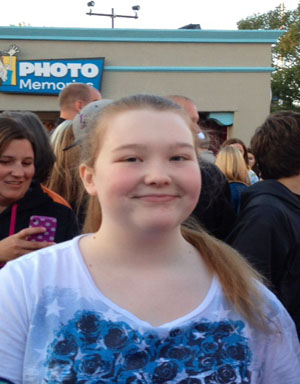 It has been a long and heartbreaking journey for 16-year-old Morgan whose illness began when she was just 8-years-old. Living in Charlotte with her parents, Tracie and Richie, the family has experienced years of watching Morgan battle the growing complications associated with Crohn’s disease. Crohn’s disease can be both painful and debilitating, and while it can be managed in some cases, it sometimes may lead to life-threatening complications.

Stomach pain and the inability to keep down food became so severe in Morgan that doctors wanted to remove her colon when she was 10-years-old. Several years later, doctors found polyps that they believed to be cancerous. Their diagnosis—Morgan could develop cancer by the age of 18. The family made the hard decision to have her colon removed in February 2014.

Since the surgery Morgan has developed serious infections and complications that have kept her hospitalized for weeks at a time. While the surgery was critical, the Crohn’s now is infecting her small intestines and stomach. She is not out of the woods and is still at high risk for developing colon or rectal cancer.

Morgan’s parents have made sacrifices and have put all that they can towards Morgan’s well-being and to pay for the medical attention she needs to stay on top of her condition. Even with the support of family members, it simply is not enough to pay her medical bills and to keep the family going. We are proud of LWCC’s ability to have helped Morgan and continue to hope for a positive outcome. 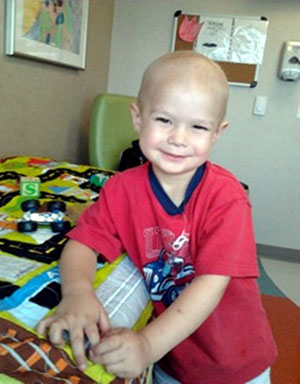 Luke was diagnosed with acute lymphoblastic leukemia on December 26, 2011. This condition affects lymphoid cells and grows very quickly. It accounts for more than 5,000 new cases of leukemia each year. ALL is the most common type of leukemia in young children and can also affect adults.

Luke’s mom is a single mother to another son in addition to Luke. She works as a nurse’s aide and finances are very limited. They reside in York, South Carolina, and attend New River Community Church in Lake Wylie. Luke’s prognosis is good, and he is one tough little boy. LWCC is honored to have had the ability to help him in his fight. 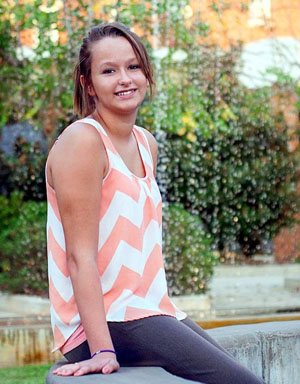 We first were introduced to Kelsey Funderburk when she was 14-years-old. She loves basketball and reading. So when she started having vision problems her parents took her to the doctor.
It was at that point that Kelsey was diagnosed with rosette forming glioneurol, in short, a brain tumor. Her tumor was located between the carotid artery and the optic nerve so removing all of it was not an option. And since the tumor was so close to the optic nerve her impaired vision kept her from doing the things that she loves the most.
This is a tumor that Kelsey will have her entire life. It is rare (less than 100 people diagnosed) and there is no cure. Kelsey and her family benefitted from a huge outpouring of support when she became a member of the LWCC organization in 2015. 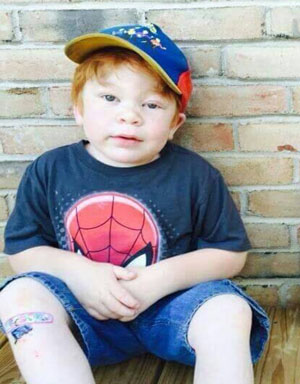 Jaxon Clark is a spunky little boy who loves to play and run! We first met Jaxon when he was 4-years-old and after he had been recently diagnosed with MPS II/Hunter’s Syndrome, a disease that only affects boys and isn’t easy to diagnose.

Hunter’s Syndrome attacks every part of the body but you never where it will attack next. It is a rare genetic disorder, and involves a faulty enzyme.
Jaxon had already started to lose his hearing prior to his diagnosis, but his condition also attacks his joints, spleen, and liver. There is no cure for this disease and often, the life expectancy of a victim is not very long. Much research is still needed and Jaxon’s family needed help with things that insurance would not pay. We were proud to induct Jaxon into the LWCC family in 2015. 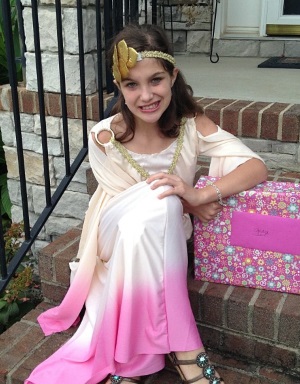 By the time they were connected with LWCC, Julia’s family had already been fighting for her life for 3.5 years. She was in her second battle against leukemia and their financial and emotional resources were beyond empty. When you have a child who has a chronic or terminal illness you just want time together. You don’t want to worry about where the next mortgage payment is coming from or when the water is going to be turned off—you don’t have the luxury of time. This is where Julia’s family was in the Summer of 2008. Julia had spent so much time in the hospital and at the chemo clinic, that her dad couldn’t work with any regularity. Her mother was able to work enough as an RN to cover the cost of medical benefits, which left the family with large co-pays and out of pocket expenses. The reality was one that had one parent in treatment centers and the other parent with the family’s two other children. There wasn’t enough time or money to make sure that their three young children would have any more of a childhood than a Children’s Hospital could provide.

With the amazing assistance of the volunteers and donors of LWCC, they were able to see the light of day. They were able to spend time with Julia and her two brothers outside of the “cancer world.” They were able to make a dent on longstanding debt; enough that they could breathe. Their philosophy through all this was that their children would never get a second chance at childhood, regardless of the outcome of Julia’s disease. Thanks to LWCC, they were able to get some security in the form of a home, stability in their household, and plain old fashioned fun! LWCC changed their lives for the better, while pediatric cancer was trying to suck the life out of their little girl and their family.